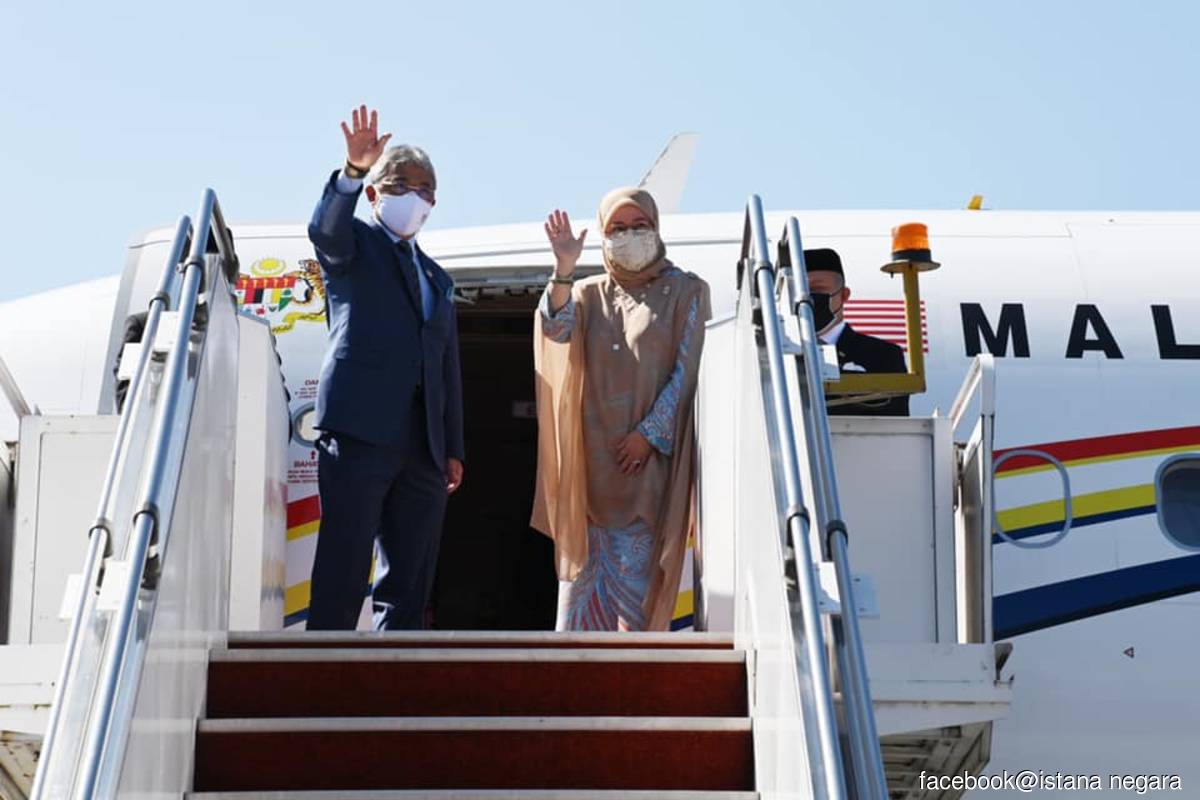 Al-Sultan Abdullah (left) and the Raja Permaisuri Agong before departing for the UK. Their Majesties touched down at the Luton Airport at 8pm yesterday (3am today in Malaysia).

Istana Negara, in a statement on its official Facebook account today, said the special aircraft carrying Their Majesties touched down at the Luton Airport at 8pm yesterday (3am today in Malaysia).

They were received on arrival by Malaysian High Commissioner to the UK Zakri Jaafar and his wife Nor Aini Abdul Rahman.

Their Majesties are scheduled to visit the Battersea Power Station project in London, the Malaysian High Commission at Belgrave Square and the Tun Abdul Razak Research Centre in Brickendonbury, Hertford.

The visit includes a meeting between Their Majesties and the Malaysian community in London.

Al-Sultan Abdullah is also scheduled to attend the Sandhurst Reunion Dinner at the Royal Military Academy Sandhurst, where His Majesty studied between 1978 and 1979.

His Majesty will hold a meeting with the UK's Chief of the Defence Staff General Sir Nicholas Carter to discuss bilateral military cooperation between Malaysia and the UK.

After the special visit, Their Majesties will stay back in London and are scheduled to return home on Oct 23.

The special visit is His Majesty's second to the UK since he became the Yang di-Pertuan Agong, with the first being a seven-day trip from Dec 9, 2019.

King, Queen arrive in London for special visit to UK have 384 words, post on www.theedgemarkets.com at September 18, 2021. This is cached page on Business News. If you want remove this page, please contact us.