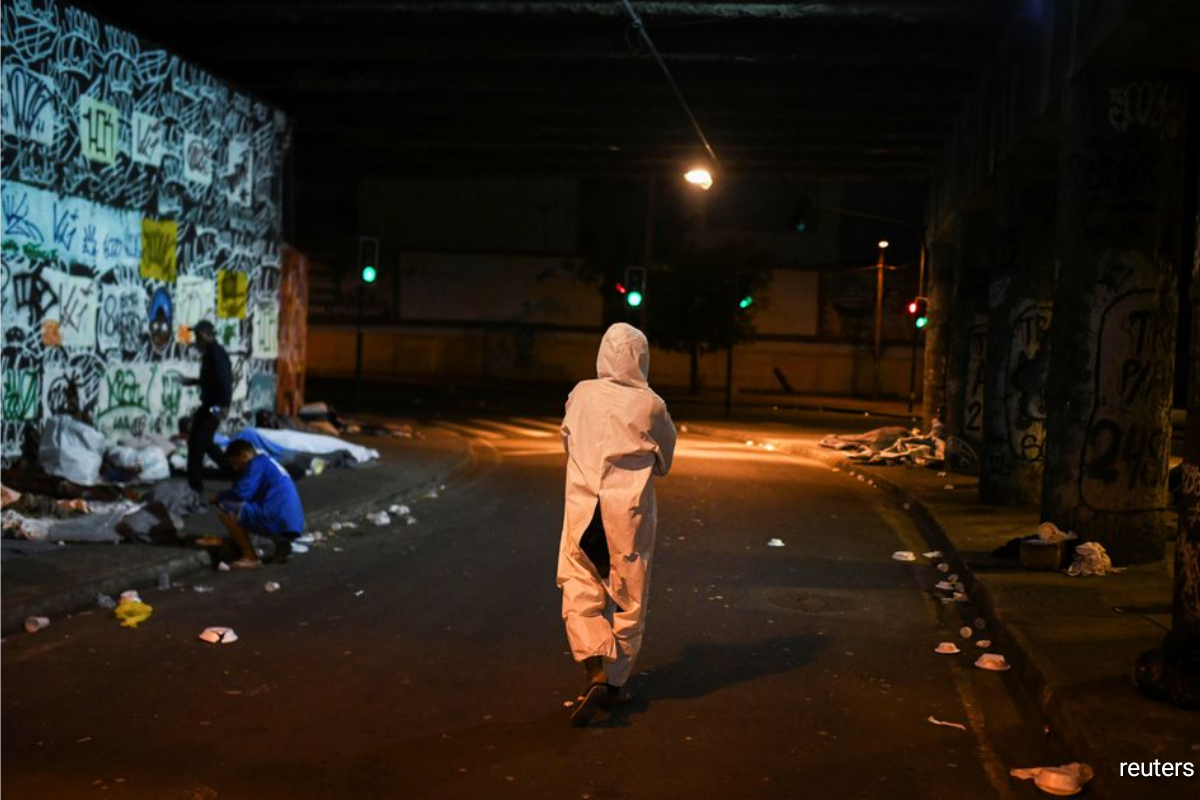 RIO DE JANEIRO (Aug 3): As an unusual cold snap stuns residents of Rio de Janeiro, a Brazilian city famous for its sun, sand and sea, the city’s homeless have been struggling to sleep through the chill.

“It’s very cold. Even with two blankets and a quilt, I still felt horrible last night,” Flávio, who is homeless, said.

A polar air mass has been traveling toward the country’s center-south regions this week, bringing fast winds and rare snowfall to communities unfamiliar with low temperatures — and to street residents ill-equipped to handle them.

In Rio, Jeniffer Faria da Silva and Marlon Lemos Mollulo have been distributing warm food, blankets, clothes, shoes and bread to the city’s street residents as part of a project they began a year and a half ago. Traveling through the city at night, they’ve been placing thermal liners on concrete, where dozens of the city’s homeless sleep side by side to stay warm.

“There’s a lot of suffering, especially in Rio where we aren’t used to having these kinds of temperatures. We don’t have the right infrastructure to cope with the cold, and some of these people also have pets,” Silva said.

The polar air mass is slated to bring freezing temperatures to São Paulo and Minas Gerais, major producers of key commodities like sugar, citrus and coffee.

Temperatures in Rio are expected to drop to an unusual low of 9°C on Friday before gradually starting to warm up in August.

Rio's homeless brave unprecedented cold have 409 words, post on www.theedgemarkets.com at August 3, 2021. This is cached page on Business News. If you want remove this page, please contact us.