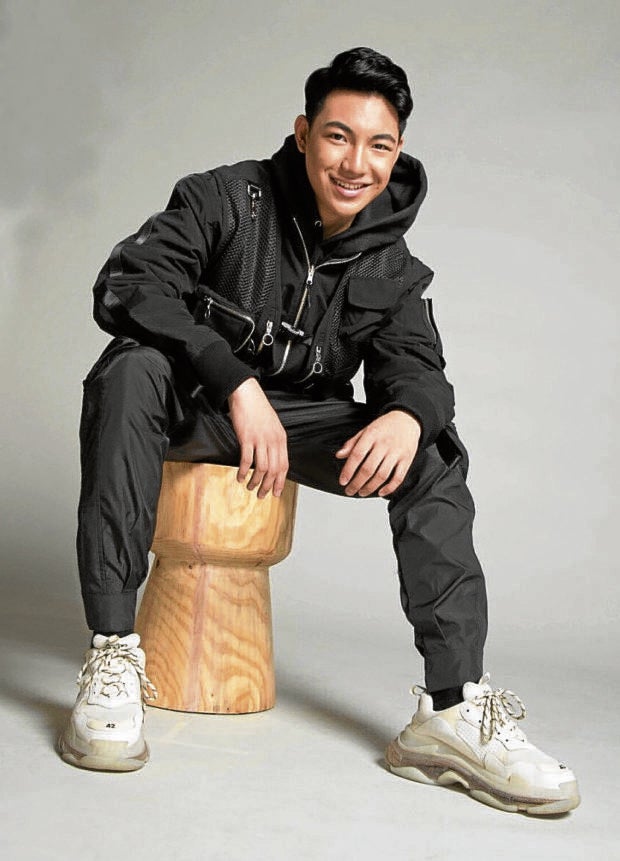 With no live shows or public appearances for the past year or so, Darren Espanto felt that now is the right time to spruce up his image into something that will better reflect his newfound maturity as an artist.

"It's the perfect moment to rebrand because people haven't seen me much outside social media," he said in a virtual conference for his upcoming digital comeback concert, "Home Run." "Many of them have yet to see today's Darren."

His looks and sense of style are the most immediately noticeable changes. A teenager no more, Darren—in his recent birthday photo shoot—wore a form-fitting tank top that showed off his toned arms. Expectedly, he had people on social media talking.

"Part of growing up as an artist and person is changing your sound and look. And with my birthday photo shoot, I think people finally realized that I'm no longer the boy they saw on 'The Voice Kids,'" the 20-year-old singer said. "I'm growing up, moving toward adulthood."

Darren has already seen what he will be wearing for his upcoming show and he couldn't help but marvel at how well the stylist incorporated the singer's vision into the aesthetics. "They're different from what I have worn on 'ASAP' or my previous shows. They show a bit more skin but you can do that and still maintain a wholesome image," he said.

Music-wise, Darren has never been more involved in the creative process: He's more willing to experiment with new sounds and no longer shies away from voicing out his ideas. He's also more eager to write his own material.

"I have been trying various styles in the past few years. My single 'Sasagipin Kita' is alternative, which I haven't done before. My holiday song 'Believe in Christmas' is pop-R&B. My latest one, 'Tama Na,' is urban-pop," said Darren, who sang and recorded mostly pop and adult contemporary when he was younger.

"Now, I get to sing songs I really want," he added. "I want to explore as many musical genres as I can because I don't want to be boxed into a single category. I'm very happy about the comments about the new single … I hope to write about different topics that I didn't truly understand when I was younger."

The music video for "Tama Na," which will be released after "Home Run," includes creative input from Darren. "Back then, I was hesitant to come up and pitch my ideas; I just let the team take care of the concept," he said. "Now, I enjoy collaborating with talented people."

And while he lost some ease in hitting high notes after puberty, Darren has grown to love and utilize his richer-sounding middle range. "My voice used to be high and tinny. But now there's more weight to it. I get kilig when I get comments from other singers that I should sing more using my lower register," he said.

That doesn't mean he can no longer tackle vocally challenging songs—he just needed to adjust his technique to access the notes he became known for. "I had to learn other placements to reach the notes more efficiently," said Darren, who also lost his falsetto for more than a year. "Recently, I performed the theme from 'The Phantom of the Opera.' I'm really enjoying my voice now; I maintain my current range."

"Home Run" will be streamed on June 19 via KTX.PH, iWantTFC and TFC IPTV, with a replay on June 20. "This is my third digital concert and it's the biggest one yet. The rehearsals are enough to get me excited. And I personally selected songs that are close to my heart for the set list. There are going to be familiar songs and some I haven't done yet," he said.

Darren is also looking forward to the stage, which will be equipped with intricate lights. "It looks so good and I can't wait to use it for the actual numbers. I can't wait for the fans to see the graphics. Visuals should be eye-catching in order to bring the concert experience to people's homes," he said.

Changes, like the ones Darren is currently making in his career, are inevitable. But the one thing that will remain constant, he said, is his passion for music and performing. "No one can take that away from me. It runs in my blood. And I can't see myself not doing it for the rest of my life," he said. INQ

More skin, fresh sound as Darren steps ‘out of the box’ in 3rd digital concert have 1060 words, post on entertainment.inquirer.net at June 15, 2021. This is cached page on Business News. If you want remove this page, please contact us.